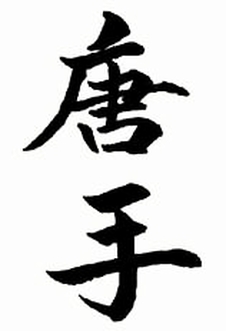 Shito Ryu contains a myriad number of kata and each are unique and have great merit.  However, it isn’t my goal as a Sensei to learn and teach every kata known.  It makes no sense to learn so many kata and yet not understand each of its individual principals, bunkai, oyo, etc.  It takes a life time to master just a few kata and several life times to learn all 50 katas in the general kata list found in most Shito Ryu systems.

"No matter how many kata you know, they will be useless to you if you don’t practice them enough.  Correctly practicing kata – having sufficiently comprehended their meaning – is the most important thing for a karate trainee." - Kenwa Mabuni

Our Karate focus is on "old school" teaching which is a lot softer than most people's perception of karate based on popular media.

We provide in depth study of all elements of classical Okinawan karate including kata,
self-defense/life protection, kumite, renzoku-waza (combinations), throwing, and joint locking. The history, language, and culture are always an important part of our curriculum.

We endeavor at the Kazokukan Dojo to understand Classical karate and not modern or modified kata that is usually found in tournaments circuits.  The list below are the Kata that I feel would best help a student develop their understanding of Classical Okinawan Karate as whole and not just a style of karate.

Many martial arts refer to Koshi or have as part of their training a focus on the body mechanics of twisting the hips to impart power.

Koshi training, which refers to the area of the hips, waist and the lower back, is the cornerstone principle of traditional karate.  Everything we do, be it basic techniques, kata or kumite, has at its root the process of developing Koshi in order to deliver the maximum amount of power while remaining "loaded" to perform the next technique.

Koshi is more than just the hips, though. It is the entire area surrounding the pelvic carriage working in concert with the rest of the body to produce concentration of energy, synergy of movement, and delivery of power.

Effective Koshi usage is the subject of years of study and, like the layers of an onion, is ever changing and evolving the diligent practitioner to new levels of understanding and martial power.

In short, it means that one learns how to relax the body and learns how to use a certain type of vibrations, using the compression and expansion of the hips and the surrounding area. This makes possible to achieve speed, power and effectiveness of techniques. Experienced karate-ka in the use of koshi, would seem that to have techniques that flow from one move to the other, with minimal effort and without the usual jerky movements, so typical of karate. Therefore some people mistakenly think that this is some kind of a "soft" karate. However, it is exactly this fluid movement, sometimes reminiscent of a dance, which helps to coordinate the power of the whole body in seemingly small moves, so that even the smallest or shortest technique has a great impact in karate.

Kumite
There are several forms of kumite (sparring) in the Shito ryu system.

Yakusoku kumite
Appointment Sparring. The word Yakusoku means appointment or promise, which forces the attacker to execute the attack that has been predetermined.  (Note: Other forms of kumite practiced)

Kiso kumite
Structured sparring, drawn from a kata.
Typically used to develop understanding of the applications of the kata, or bunkai. Basic reactive sparring to develop reaction and control techniques & help with maai (distance), timing & coordination - all levels.

Renzoku-Waza
At the Kazokukan Dojo the classes emphasis technical drills that promote fast, accurate and deadly responses to any attack posed. Focusing heavily on simultaneous blocks, movement and rapid combinations called renzoku-waza, the Kazokukan provides its students with a practical, intuitive system of self-defense.

Goshin Jutsu
"Goshin Jutsu" can be translated as "the path of self protection through technique" (Japanese "goshin" = "protection", "jutsu"= "technique").

Self Defense training based on Goshin Jutsu includes a wide range of techniques (strikes, blocks, locks, projections and chokes) against an armed or unarmed assailant. It does not aim at knocking him out but rather at avoiding, deflecting or blocking the attack and control the assailant by using the minimum effective force.

This practice is therefore extremely useful in self defense, but also in order to acquire fast reflexes, muscular tone and flexibility – and, of course, a healthy amount of self confidence in oneself in the everyday life.

Common Excercises Practiced in the
Art of Shito Ryu
Tenshin Happo - Eight Directions of Response
Tenshin Happo, or Eight Directional Defensive Movement, is another essential fundamental of Shito-ryu.  Tenshin Happo (used with Ryusui, Rakka, and Kushin) allows a defender to avoid an attack by shifting his/her body position to one of eight directions to gain a strategic advantage from where he can counter-attack (Hangeki) the attacker.  Although Tenshin Happo is present in most kata, it can be practiced as a set of formal exercises.
Please check out  http://www.sbdojo.com/curriculum_files/tenshin-1.pdf

Empi Roppo - Six Methods of Elbow Strike Exercise
This is a very simple kata that allow students to learn and understand the use of the elbow strike. This exercise is considered as a collection of techniques that effectively apply the elbow. It is a simple kata or basic exercise but the applications are both amazing and enlightening. The techniques embrace many universal concepts. Empi Roppo is practiced in Motobu-Ha Shito Ryu in other styles Hiji Ate Goho is used. Both Kata's are similar with certain differences but share the same concepts.

Uke No Gogenri- 5 Principles of Blocking
Shitō-ryū is a combination style, which attempts to unite the diverse roots of karate. On one hand, Shitō-ryū has the physical strength and long powerful stances of Shuri-te derived styles, such as Shorin-ryū; on the other hand, Shitō-ryū also has the circular and eight-directional movements, breathing power, and hard and soft characteristics of Naha-te styles such as Uechi-ryū and Gōjū-ryū (剛柔流). Shitō-ryū is extremely fast, but still can be artistic and powerful. In addition, Shitō-ryū formalizes and emphasizes the five rules of defense, developed by Kenwa Mabuni, and known as Uke no go gensoku (受けの五原則), Uke no go genri (受けの五原理) or Uke no go ho (受けの五法):


Classical Shitō-ryū focuses on proper execution on techniques, Bunkai and Oyo (interpretation of the practical application of kata movements) and self-defense. Modern Shitō-ryū styles place a strong emphasis on sparring. Shitō-ryū stresses speed, and fighting is generally initiated from a higher, more upright stance. On the other hand, because the style has so many kata, a great deal of time is spent perfecting any one of its 40 to 60 forms.

Tenpo Gosoku No Ho - 5 Methods of Body Shifting
1. Deashi - Stepping Straight In
2. Hikiashi - Stepping Straight Back
3. Yoriashi - Shuffling
4. Mawariashi - Spinning
5. Tobiashi - Jumping / Springing
“Those people who are truly thinking of the future of Karate
should not keep a closed mind and limit themselves
to learning only an empty shell,
but should strive to study the complete art.”